"Class Of 2017"— Cympad's roster of exceptional young drummers from around the world. Sixteen-year old  Kei “Taxi” Bland has played with some of the most preeminent names in music, including Bad Company, The Outlaws, and the Allman Brothers. He attends Berklee College of Music, has been featured in DRUM! Magazine and is currently the drummer for several projects: Avenging Benji, North American Misfits, Dark Summer and his own personal project, 4Ever Endeavour. He finds time in his busy schedule to help raise money for many charitable organizations including Ride for Dime, Kids Charities, United Way, Fast Friends Greyhound Adoption, and Day of Giving (among others). "Cympads not only add style to my kits, but improve the quality of my cymbal sound. Their optimizer line truly optimizes my sound." I am 15 years old and I love playing the Drums. I have been playing since the age of three. I am the drummer for Greater St. John Bible Church in Chicago, IL. I am a junior in high school and currently focusing on finishing my education. I plan to major in music during college and become a professional drummer. I have played for artist from Chicago such as Minister Tim White, Jason Shepherd and Neicy Robertson just to name a few 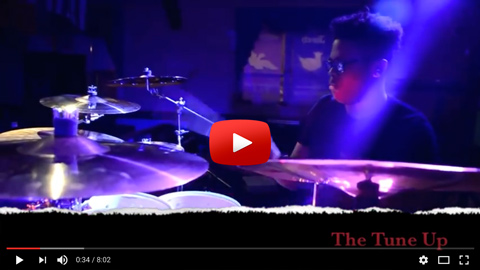 “Cympads are incredible assets to drum equipment. They bring excitement to the sound of the cymbals. I currently use them when playing at my church.” At just 12 years-old, drummer Jake D has enough experience to impress even a seasoned pro. First picking up the sticks as a toddler, it didn't take long for Jake's natural talent to become apparent, and his parents began to seek out opportunities for him to develop his craft. When he was still only 7, Jake started to excel in local rock band programs and soon found himself performing on many of Chicagoland's most well-known stages. In 2014, the formation of his own band Stellar West took his budding career to the next level with a relentless show schedule, an upcoming LP release, music videos and more. Popular UK music blog FORKSTER called Stellar West "a very talented and skilled rock brigade...rooted from punk rock orbits as well as cleverly placed voltages of grunge and garage rock". Antoine Fadavi caught the drum bug during a visit to a local music store when he was eleven. He began teaching himself to play by watching Cobus Potgieter, Luke Holland and the new generation of “YouTube” drummers. Within a year, Antoine was producing his own drum videos and posting them online. Today, he has over 1,000,000 views on his YouTube channels and was voted the #2 electronic drummer in the world in the 2015 digitalDrummer magazine readers poll. “Cympads are the perfect addition to any drumset. They let the cymbals sound and feel great and make the kit look great, too.” Born and raised in Gdańsk, Poland, Igor Falecki comes from a family of musicians. Since taking up the drums at the age of 3, Igor has studied and performed with top international drummers such as Dom Famularo, David Garibaldi, Eric Moore, Aaron Spears, Tony Royster, Jr. and many more. He has appeared at major music events in Krakow, Frankfurt, Budapest, Los Angeles, Chicago and Hong Kong and received numerous awards, including “Best Drummer” in Top Drummer magazine’s readers polls from 2006-2009. In 2014, Igor collaborated with Europe’s prestigious Cappella Gedanensis ensemble to record the CD “Classic!”. With coverage on CNN, ABC, CBS, Asahi, MTV, Canal+ and Drum Channel as well as his own YouTube channel, he has been seen and heard by more than 200 million people around the world. Igor endorses Cympad, Sabian, DW Drums, Vic Firth and Hardcase. "Got Cympads… got perfect sound." 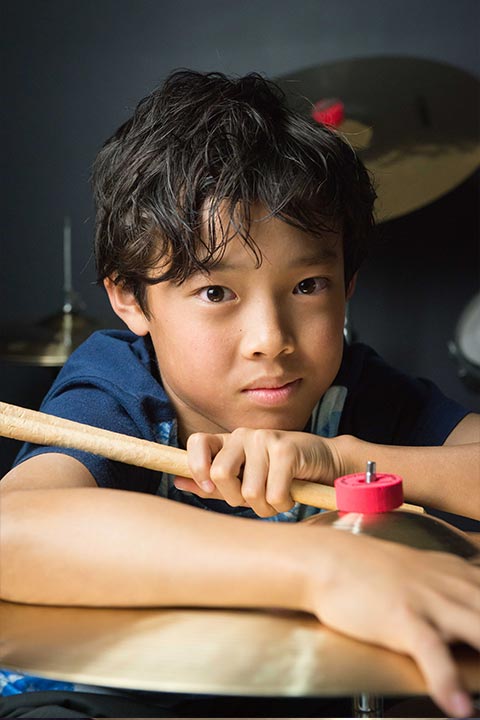 “I love my Chromatics Red. They look great on my kit!” “I use Cympads to smooth my sound and protect my cymbals. I like them because they have the appropriate density.” Appearance in Disney Channel and Nickelodeon

Only a select few drummers can boast major TV show appearances, endorsements with well-known percussion manufacturers, and the admiration of more experienced peers. Even fewer can lay claim to this by the age of 4.
Now in High school, Cole Marcus is impressing worldwide audiences and the entertainment industry with his amazing talent. His precocious drumming skills, songwriting, and vocal abilities have garnered appearances on countless TV and radio shows, not to mention feature articles in DrumPro, DRUM!, and Modern Drummer magazines. 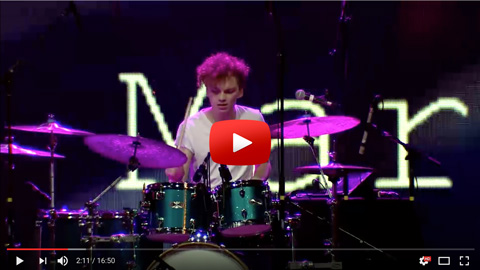 Performed on television programs shown in Hawaii, California, and the Philippines

Michel was born in 2004. Despite his young age, he is already an established name in the music world in the United States and beyond. He began playing pots andpans before he was two, and received his first drum set from family and friends when he turned six. He has appeared in national publications in Japan, and performed on television programs shown in Hawaii, California, and the Philippines. He has been a member of several bands, and has played with many well-known professional musicians, including Michael Schenker, Vinny Appice, Lita Ford, Bill Ward, Glenn Hughes, and .38 Special. "At the very start when you try Cympads you’re thinking, 'Whoa, they can’t really change your sound, can they?', Michel comments. "But very soon it hits you, and then you’re telling yourself 'OMG that’s what my cymbals could have sounded like all these years!'.” 10-year old Kalonica Nicx is from Bandung, Indonesia. Among her many accomplishments, she was the 2015 Hit Like A Girl contest Champion in the under 18 age division. She’s been playing drums since she was 6 and studies at the PCMS Music School in Bandung. Nicx enjoys frequent jam sessions with her father and brother and, in addition to drums, she also plays organ at church. “Music is my life,” Nicx says. “I love performing in front of a lot of people and inspiring them.” 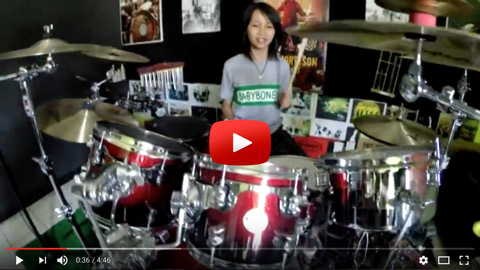 “Why do I use Cympads? Simply because I love them! Cympads ‘optimize” my drumming and make it more colorful.” London-based young drummer chosen as a Top 10 finalist in the UK Young Drummers of the Year contest in 2015 and 2016. Member of the award winning jazz talent development program “Tomorrow´s Warriors”. Previous recipient of a Robert Lewin Scholarship from Awards for Young musicians. SOULTONE UK’s Youngest endorsee at 11 years old, VATER artist at 13, CYMPAD Class of 2016 at 14. Member of the prestigious and selective Jazz Academy program at the Royal Academy of Music in London. "I enjoy using Cympads because it gives the cymbals a fantastic feel and texture to the sound! It also adds a great look!" I'm a young musician living in San Diego, California. I like to use social media to share my love for music with the world, and have built up a following mostly on Instagram. As an artist, I'm currently working on my first album, on which I sing, play all the instrumental parts, and cowrite the songs. As a performer, this year during GRAMMY Week I opened for Sam Hunt with the GRAMMY Camp Alumni Band at Club Nokia in LA. I'll be releasing my first single soon so stay tuned! “I use all three lines of Cympads to experiment with different sounds when I play drums. With so many different textures and sizes, I can create various tones with my cymbals.” “I like the firmness of the Cymbad compared to felt cymbal washers, along with the sustainability of the sound and the natural progression of the high notes. It's also great that it protects my cymbal. The variety of colors in the chromatic series is fun as well.” “The bigger (Moderator) Cympads are great for muting unwanted overtones. I use the Optimizers on my ride and on my hi-hat. The different product lines and sizes really offer a wide range of sounds and allow me to get the best tones out of my cymbals.”

Their presence will be felt. Their washers will be Cympad.

Subscribe to the Cympad Newsletter to receive news about Cympads, Artists, Events and more delivered right to your email box! Just enter your email address and click the "Subscribe" button. We’ll send you an email to confirm your subscription and promise not to share your contacts with anyone else.